Jon is now taking bookings for talks in 2022.

Every audience is different and so every Training to Win talk is different. This means clubs can get exactly what they want out of Jon. 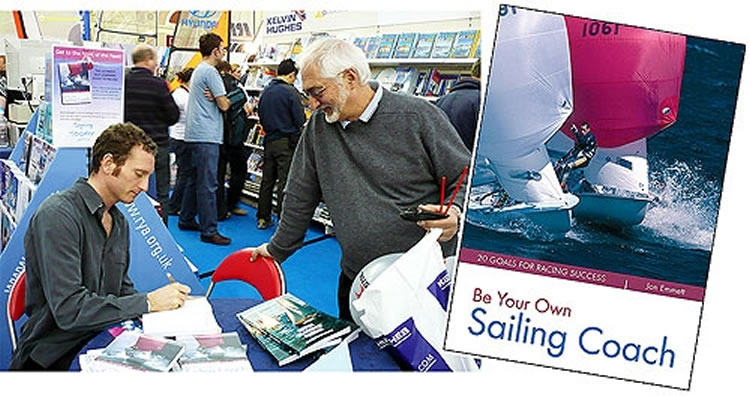 The central premise of the book, Training to Win, is to make the most out of every hour you have when training. This usually means working on your weakest areas or on those which are most important to improve.

Jon comes to your club and answers your questions (so come prepared). The issues affecting racing at a small inland club with mainly slow single handed dinghies are very different from that of a large inland club with high performance asymmetric boats, a Yacht Club which races keelboats, or a club which sails on the sea with a strong cat fleet.

Talks can be made to the desired length, usually with a short break approximately half way through. Talks cost around £200. Expenses will only be charged for those clubs a large distance from Weymouth.